Co-Head of Mergers and Acquisitions 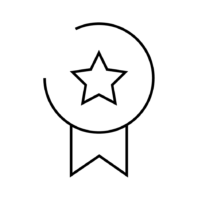 Israeli legal directory, BDI, has ranked Tadmor Levy & Co. as a 'Leading and Prominent' firm in the field of Mergers & Acquisitions.

We are delighted to have been recognized in 7 areas of expertise, and 8 partners as leaders in their respective fields, by international legal directory, Chambers and Partners.

"He is a deal maker and understands the business side of things."

We are delighted to have been recognized in 6 areas of expertise, and 10 partners as leaders in their respective fields, by international legal directory, Chambers Global.

International law firm directory, Chambers Global, has recognized Tadmor Levy & Co. in 7 areas of expertise, and 10 partners as leaders in their respective fields.

Ophir has been ranked a highly-regarded leading lawyer by IFLR 2020.

“hugely respected in the Israeli market”

"Ophir is a deal-maker. He knows when to push and when to let go, in order to accomplish the best conditions, given the complicated circumstances. It is really a pleasure seeing Ophir in action – he is a highly seasoned negotiator."

"Another advantage when working with Ophir is that he is tech-savvy, which is of great significance when dealing with high-end and innovative solutions."

"We have worked with three outstanding partners – Elie Sprung, Yaniv Aronowich and Ophir Nave. All three are of the highest level of start-up and M&A lawyers and I would recommend them."

We are delighted to announce that Tadmor Levy & Co. has been selected as one of the most prolific and active law firms in the field of Mergers and Acquisitions, according to the latest research by Mergermarket, the leading provider of M&A data and intelligence.

We have been identified as one of the top 10 Israeli law firms in this field in terms of the volume of M&A transactions in which we have been involved. Among the most prominent transactions in which Tadmor Levy & Co. has been involved over the past year, are the representation of ICL in the USD 1 billion sale of their fire safety and oil additives business to the U.S. firm, SK Capital, and the reverse triangular merger between MTD Products and F. Robotics.

Ophir is consistently recognized as one of the top M&A lawyers in Israel by the leading international ranking agencies, including Legal 500, Chambers Global, and Who’s Who Legal. Chambers Global dubs him "a deal maker and understands the business side of things."

Ophir and his practice group are regularly involved in the largest M&A transactions in the Israeli market. In recent years, Ophir has represented:

Ophir also worked for many years as an M&A attorney with the leading M&A law firm Wachtell, Lipton, Rosen & Katz in New York. During this time, Ophir represented, among many others:

Ophir clerked for Justice Theodor Or of the Israeli Supreme Court, and was a recipient of various prizes and scholarships, including the Wolf Foundation Prize, the John M. Olin Fellowship, the E. David Fischman Scholarship, the Tel Aviv University Academic Excellence Scholarship and the Technion Presidential Prize.

Earlier in his career, Ophir was an M&A partner at Israeli law firm, Herzog Fox & Neeman.